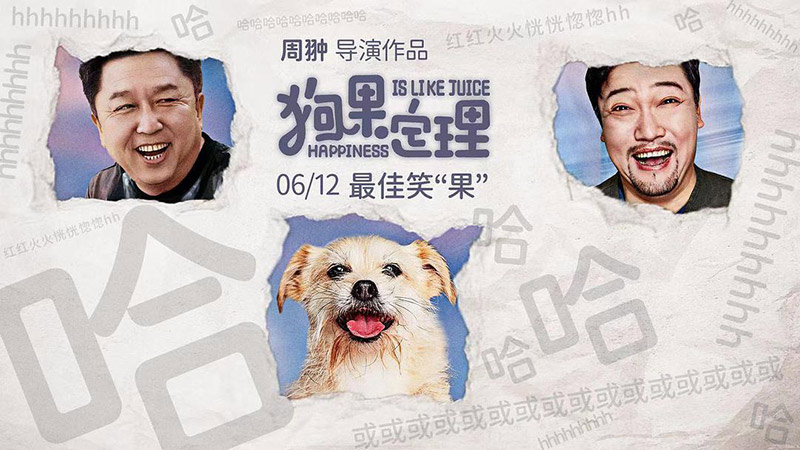 
Send email to us

A beautiful grandmother involved in the setting sun triangle love, a company boss immersed in a chain triangle debt, a pair of lovers  struggling in the real life and romantic affection of the middle of the city, a free famlily  in the city edge ...Under a variety of coincidence, because of a magical dog "Juice " appeared, all the fate of the people began to change...

The characteristics of social structure concern women group .People with "high education, high income and low age" are very fond of this type of movies. Most of them have personal experience of raising pets and have special love for small animals.It is a wonderful life experience to have a dog to accompany you. In the bustling but indifferent world, only your own  dog regards you as the only one in life. No matter you are rich or poor, it shares each other's happiness with you.Be together, is the taste of happiness in the most beautiful years.

At the same time, the film has invited a crowd of audience's  favorite strength actor that  leaning to join , such as crosstalk master Yu Qian who  won the 11th Macau International Film Festival Best Actor Award by movie  "Song of Youth"  , Jia Bing who  boarded the CCTV Spring Festival gala stage many times,  Yin Xiaotian, who won the Best Supporting Actor Award at the 33rd Golden Rooster Awards by  his film "Hero of Fire". In particular, the two comedy stars, jump out of the audience familiar  comedy image, return to nature to play ordinary social figures, sincere and heartfelt performance is impressive.Yin Xiaotian and Jiang Mengjie are the first couple. They have both acting skills and good looks, and the romantic scenes are also quite anticipated.

At the same time, the "protagonist" of the film, the cute dog "Juice", is very smart and intelligent. He is a regular in many popular films and TV shows. He has performed amazing in such works as "Breakup Buddies" and "Villains and Angels", and is called "Brother of the Dog".With the combination of the powerful actors and the adorable pet theme, the film will help more people find the "happy truth" of life after its release.

If you need know more detail , please contact us or leave a message , we will reply in the first time .

Write your message here and send it to us